Contemporary Christian music is rooted in American church music and the southern Gospel. It continued to evolve and gain influences from Rock and Roll, Folk music, Gospel music, Rhythm and Blues, Jazz, Country music and pop.

Nowadays, contemporary Christian music has many genres within itself, including Christian Rock, Pop, and even Hip Hop. Christian songs have grown into a popular musical genre and a billion-dollar industry that includes radio and tv stations, videos, concert halls, festivals, and more.

Contemporary Christian music originated from the Jesus movement revival in the late 1960s and early 1970s, and was originally called “Jesus music” – Hippies who became religious created the ‘Jesus Movement’ and started singing songs about love and peace, which then translated into a love of God. 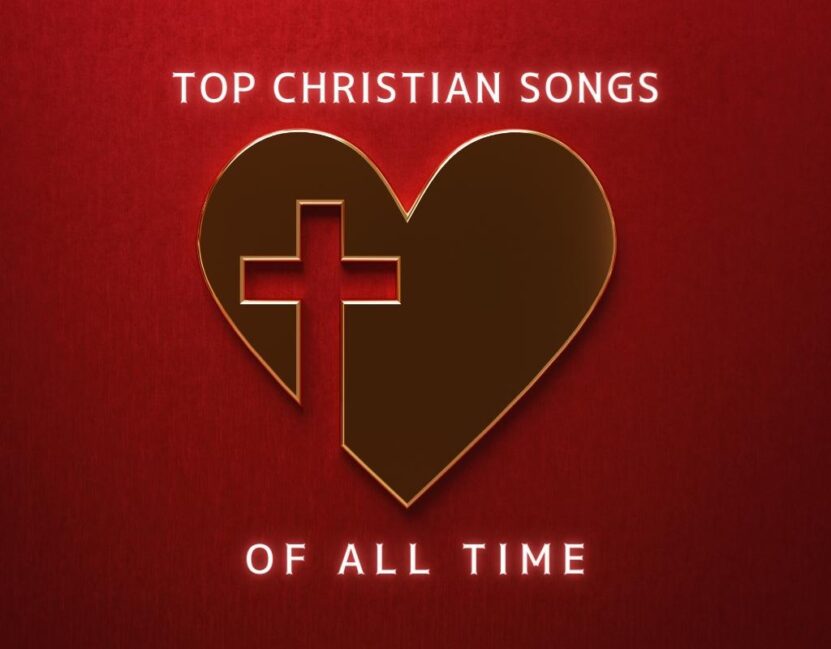 Two key albums recorded in 1969 are Upon This Rock (1969) by Larry Norman initially released on Capitol Records, and Mylon – We Believe by Mylon LeFevre, released by Cotillion. This type of music was heavily derived from rock and folk music and not from the traditional or southern gospel.

By the 1980s this genre expanded into a multi-million-dollar industry. Many singers such as Amy Grant, DC Talk, Michael W. Smith, Stryper, and Jars of Clay became successful also in Top 40 mainstream radio.

Christian songs continue to evolve and reach new audiences beyond the church and other religious settings. The sources of inspiration remain religious but go beyond Gospel Music to include popular rock and pop themes. It seems that this musical genre will continue to coexist within the Christian religion, as an expression of faith.

The history of Christian music dates back to ancient times and encompasses a broad range of genres, from traditional gospel music to modern pop. Popular Christian singers span centuries and have taken the form of composers, worship leaders, songwriters, performers, choirs and everyone in between.

Many genres have emerged from the Christian faith over time, including traditional hymns sung in churches for centuries. Throughout the 16th through 19th centuries in Europe and North America, composed hymns – like those by Luther and Wesley – gathered widespread popularity. This golden age saw a vast repertoire of choral marches, anthems and reverent worship songs emerge.

It also saw an immense catalog of Negro spirituals written by slaves longing for freedom or to take comfort in their faith during difficult times.

In more recent decades gospel music has carried on the tradition of focusing on Christianity through lyrics while expanding into contemporary styles that can range from rap to R&B.

In essence, gospel often reaches listeners inspired by religion with its personal stories & ethical messages governed by timeless devotion & belief systems. This genre has been adapted around the world as it continues to shape people’s lives today with new artists offering fresh takes on classic compositions or entirely original works composed and performed for it’s devout fan base. 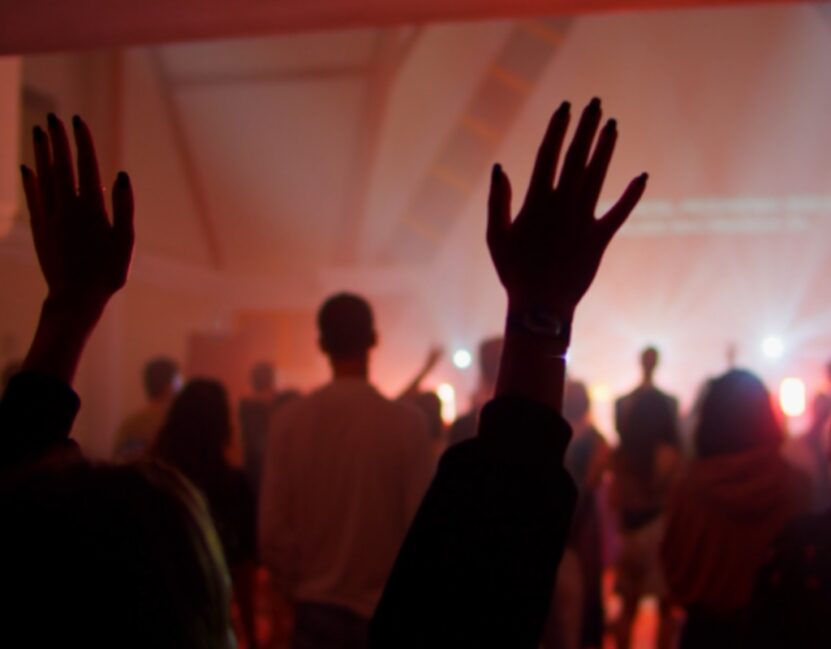 Over a number of decades, music composed for religious use has become increasingly varied and diverse. This overview surveys some of the most popular genres of Christian music from the mid-twentieth century to the present day.

This genre is rooted in the traditional hymns and spiritual songs of African-American churches, typically comprised of four parts: breathtakingly harmonized vocals, a spellbinding rhythm section that incorporates hand drums, tambourines and shakers, percussive accompaniment such as electric organ or piano chords, and toe-tapping guitar riffs.

Gospel standards include magical musicals such as ‘Go Tell It on the Mountain’ and ‘Oh Happy Day’ while modern stars such as Kirk Franklin and Mary Mary have reenergized this genre by combining urban beats with classic arrangements.

Emerging out of the CCM scene in the 1970s and 80s, Christian rock seeks to create an engaging combination of spiritually inspired lyrics with modern rock styles that appeal to younger generations who might not otherwise be exposed to overtly spiritual secular music.

Popular acts like Stryper combine intensely rhythmic metal drums with soaring guitar riffs that are reminiscent of both metal bands like Slayer as well as mainstream pop acts like U2. Other renowned performers such us Hillsong United explore more progressive “soft rock” alternatives against an electrifying background overlay mined from hip hop beats. 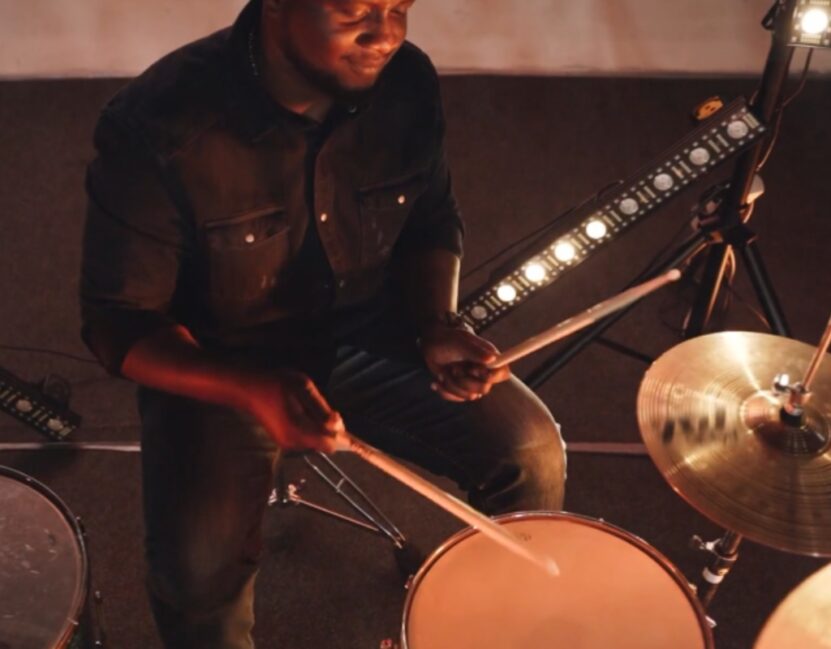 The Christian music industry has grown exponentially in the 21st century, producing a vast array of both traditional and progressive styles. In the early 2000s, Christian music underwent a dramatic transformation that saw an influx of genres and a flourishing of creativity.

These days, there are many talented artists producing popular gospel and worship songs as well as more modern styles such as gospel hip-hop and rap.

Here is a selection of some of the best Christian songs from the 21st century:

The 20th century was full of artistic innovations and Christian songs were no exception. In a time when music genres were in the process of being defined, many Christian artists highlighted faith and spirituality while still utilizing the trends and technology of their day.

Here are some highlights from the top Christian songs of the 20th century:

This modern hymn encapsulates the encouragement to pass on love, healing, and salvation through Jesus Christ.

This song echoes that familiar struggle for believers to live authentically in their faith life, grounded in Christ amidst obstacles presented by carnal desires and worldliness.

Written after experiencing great joy seeing his adopted daughter after several years apart, this song articulates much of what one believes but cannot express about having an eternal hope in Christ’s love regardless of circumstance.

A popular praise anthem that recognizes God as our source of encouragement and strength during difficult times while glorifying Him as our Savior who ultimately provides peace through divine grace.

These are just a few of the top Christian songs of the 20th century; there is much more to explore! Whether you’re looking for inspiration or reflecting on God’s unending mercy, these songs have something to offer every believer today–a personal reminder that we can always rely on our Lord in times of need or joyous celebration!

Throughout the 19th century, gospel songs and hymns have spawned countless renditions. From sorrowful dirges to inspirational choruses, these historic worship pieces have been the cornerstone of many Christian communities. These compositions span a range of generations, each with its own distinctive sound and style influenced by a mix of cultures and denominations.

The following list is comprised of some of the most memorable Christian songs that resonated through listeners during the 19th century:

Originally written in 1873, this song conveys assurance of God’s presence in our lives through a call to recline in peace and adoration.

“I Must Tell Jesus” by Elisha A Hoffman

Hoffman wrote this song in 1882 as an inspiration for readers facing life’s hardships.

Published as late as 1871, ‘Amazing Grace’ speaks on eternal life despite mortality through touching lyrics filled with emotion from Newton’s personal experience as a slave trader turned abolitionist preacher.

“It Is Well With My Soul” by Horatio Spafford

Composed after losing his wife and four daughters at sea in 1873, Spafford penned these words trusting that sorrow would be replaced with joy when eventually reunited in Christ. 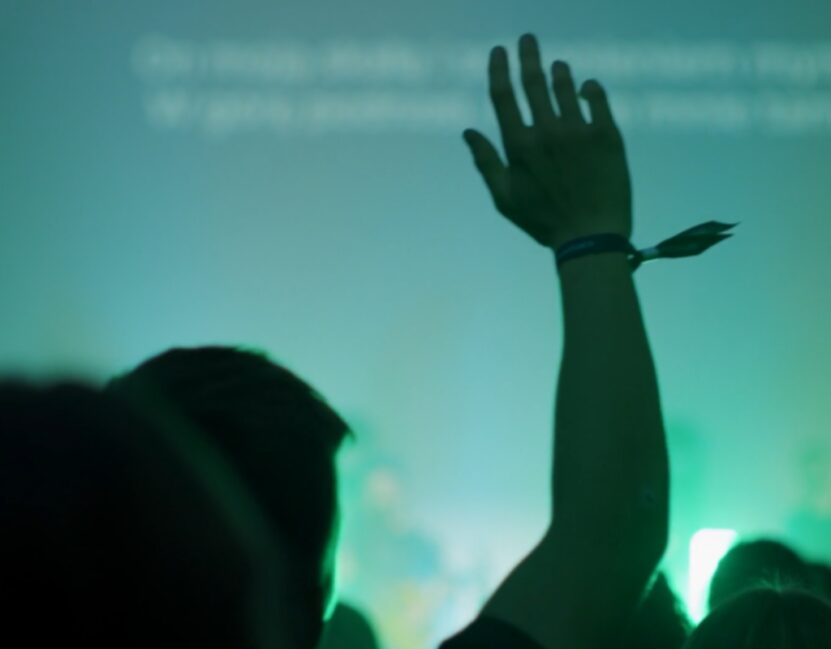 Contemporary Christian Music (CCM) or Christian Pop/Rock is a genre of modern popular music which is lyrically focused on matters closely related to Christianity.

Its evolution began with hymns and gospel music, and it grew more diverse as jazz, folk and rock music were incorporated into the musical vocabulary of the genre. The contemporary Christian music industry includes songwriters, singers, producers, instrumentalists, filmmakers and those involved in promotion and live events.

Some of the most popular styles of CCM include praise and worship songs, alternative rock based music, urban gospel or streetsoul gospel, folk-influenced acoustic, Latin flavored pop-rock countries influenced gospel all provide additional sounds for Christian artists looking to reach more people with their message.

Musicians often draw from stylings from traditional hymns as well as from popular secular rock bands to create an arena where they can present a message that is meaningful–without sacrificing melody or a captivating feel.

They are just some examples of the amazing talent in this genre of music.

As you can see, there is no one-size-fits-all when it comes to Christian songs. You may prefer songs from contemporary artists, or from a certain period or album; and some people feel strongly about which version of a song is the “best”. Everyone has their own favorites, so take the time to explore different themes, genres and versions of these classic Christian songs.

If you hear something that moves you, makes you think more deeply or helps your faith to grow in any way – you should consider it a success!